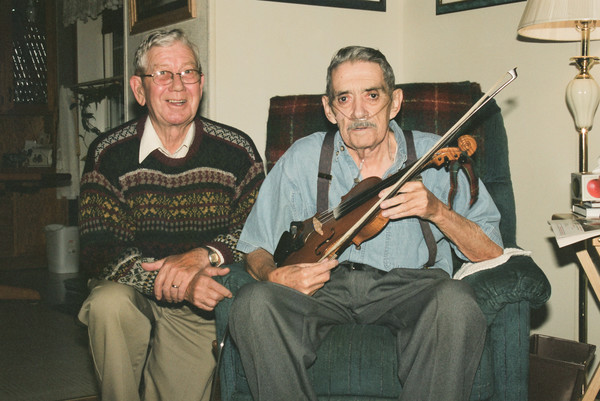 Ivan Day was a founding member of the Prince County Fiddlers. He now plays guitar almost entirely but in his youth he was once the only fiddler in and around Norboro, and hence in great demand to play for local house parties. Sometimes people in the area would be so eager to dance that they would roust musicians out of bed.Rousting musicians out of bed
Read transcript

An example of Day's fiddling recorded in 1968 by Ivan Bowness was recently contributed by Melissa Marie Morse to Bowing Down Home and is now featured on this page.