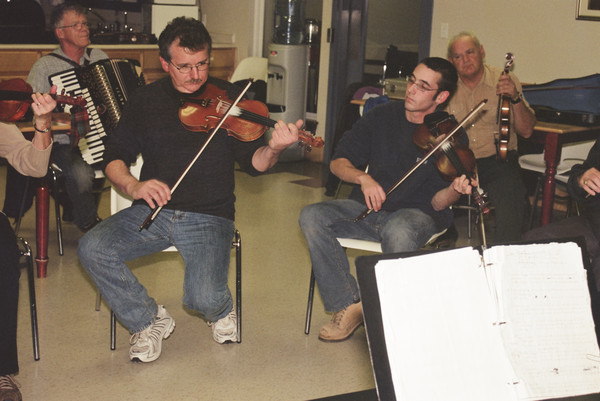 Representing the “second wave” of new generation players, Nathan Condon is a prominent player on the Island’s burgeoning ceilidh and concert scene. His playing style seems more closely tied to that of Don Messer and such musical heirs as Graham Townsend, Ned Landry, Earl Mitton and Ivan Hicks, than it does to any traditional Island style.

Nathan started taking violin lessons from Peter Doiron, and then studied for several years with an Irish-style player named Kim Vincent. He often attends weekly meetings of the Prince County Fiddlers, which is where Warming Up the Bow (his own composition) was recorded.