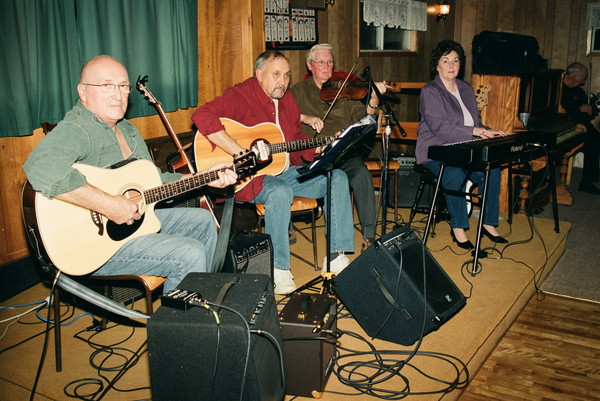 Cec Chapman grew up in a large musical family in southeastern Kings County. His father played some fiddle; his brothers and sisters played fiddle or piano and they also enjoyed singing. Every night after supper the entire family would get together and have music. As he got older, Cec and his siblings frequently attended square dances at small halls located in such communities as Belle River, Wood Islands, Hopefield, Iris, and Murray River. The big weekly dance in the region was held on Saturday nights at the Beaver Club in Montague. The fiddlers who provided much of the music for these events were Jack Webster and his son Jackie Webster, with Jack’s daughter Georgie accompanying them on piano.

Cec learned to play by listening to Don Messer on the radio and picking out the tunes by ear. He also bought some of Don Messer's books and recordings, and listened to Cape Breton fiddlers on a radio show from Antigonish, Nova Scotia called Celtic Ceilidh. Along the way, he learned to read music with a little bit of help from his piano-playing sisters.

In 2006, Chapman played fiddle in an amateur band known as the Murray Harbour Six. The selection here was recorded during a variety concert at the Eldon Legion.