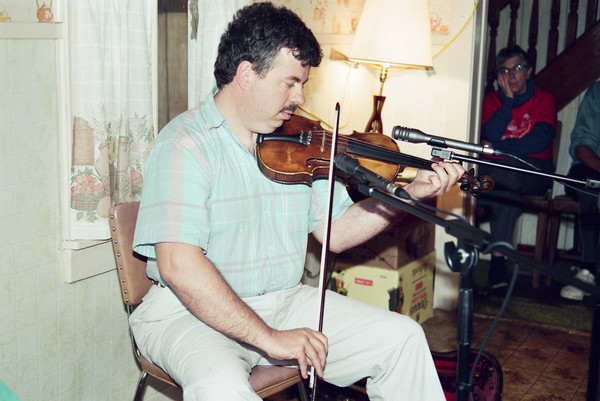 As a child, Jim studied classical violin with his aunt Kathleen McGuigan, the same teacher who also mentored Peter Robinson and Gary Chipman. During his early 20s he was working away from home in New Brunswick, and learned to play a few fiddle tunes during his spare time. He then began playing with fiddle music enthusiasts in New Brunswick, and when he moved back to PEI in the late 1970s he joined the Prince Edward Island Fiddlers’ Society, which was then just getting underway. Hornby’s involvement with the Society and the friendships he formed with Hector MacDonald, Joe Pete Chaisson, and some of its other older members then motivated him to undertake a serious study of traditional Island fiddling.