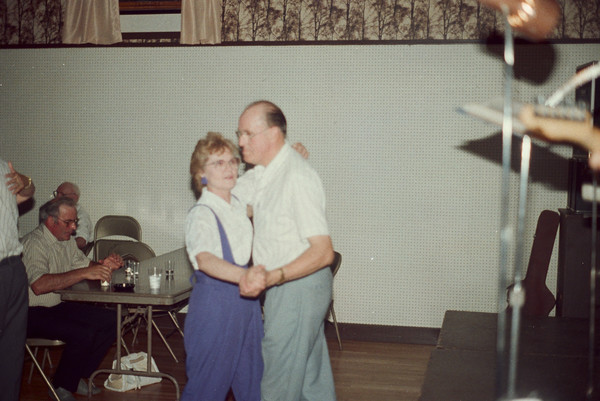 Reuben Smith grew up in a major fiddling family. His father Charlie played, as did three maternal uncles: John James, Alec, and Andy McGuinness. His father’s brother, Larry Smith was one of the most accomplished players of his day.

When Reuben was young, his father used to play the fiddle for recreation in the evenings. Reuben decided he wanted to try it himself, and one day when his parents were out he “sneaked the fiddle.” His first tune was Cock of the North.Smith sneaks the fiddle
Read transcript

Most of the local house parties were held at his uncles’ homes, because all of them owned pianos and had daughters in residence who were skilled accompanists. Reuben found that if a fiddler he heard at one of these dances played a tune he liked, he could remember it pretty easily. He also learned tunes by listening to Cape Breton fiddlers on radio and recordings; his favorites were Winston Fitzgerald, Carl MacKenzie, and Buddy MacMaster.Smith’s style of tune learning
Read transcript

Smith started playing regularly for dances in the Tracadie area about 1960. For many years he ran his own weekly square dance at the Tracadie Community Center. At first, his wife Theresa provided all the accompaniment on guitar. Later on they were joined by Kaye MacEachern on piano, and finally by Ron Myers on electric guitar and vocals.

Smith was a founding member of the PEI Fiddlers’ Society. Two of his original compositions are featured here: My Two Sons, and Kimmy’s Jig. Bluewater Waltz was composed by MacEachern.