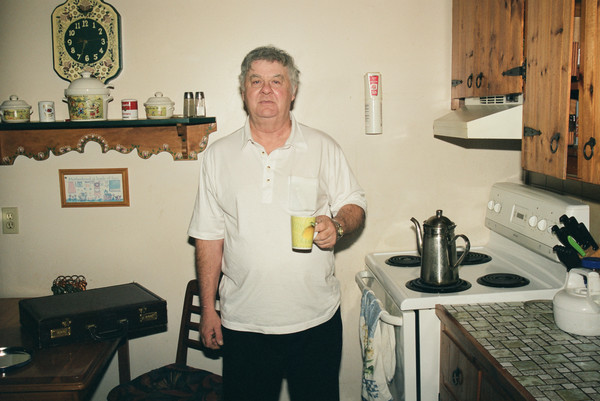 Billy MacInnis, Sr. grew up in Charlottetown; his father Johnny Jack MacInnis was a dance fiddler who played in the Island style. Don Messer and the Islanders had been prominent on CFCY radio and at Charlottetown dance halls for over a decade by the time Billy Sr. first became aware of his musical surroundings, and he became a great fan both of Don Messer and his style of music. Billy also seemed determined to become a fiddler who --  like his idol -- would be able to function well within a band setting.MacInnis, Billy Sr - Dance halls in 1950s Charlottetown
Read transcript

Although MacInnis was too young to get to know Don Messer well (Messer moved away to Halifax when MacInnis was 11 or 12), he did gather up his courage one day and knocked on the door of Messer’s Charlottetown home. He also eventually got to know most of the other members of the Islanders band, and was friendly in particular with bass player Duke Neilson and singer-guitarist Charlie Chamberlain.MacInnis, Billy Sr - Encounter with Don Messer
Read transcript

MacInnis learned to play fiddle at an early age. In the early 1960s he moved to Ontario for over 10 years, during which time he played fiddle and guitar in a number of country music bands. He returned to the Island in 1974, and continued to work part-time in bands that played country music at dance halls and concerts. Generally, there would be call for an old time set or two in the course of such events, for which MacInnis would provide the fiddling. By the 1980s, he had taught his son Billy MacInnis Jr to play fiddle and guitar, and the two of them often performed together.

At one time MacInnis, Sr. was virtually unique on the Island, in that he was a fiddler who did not particularly enjoy playing fiddle tunes (he far preferred playing introductions, interludes, and breaks during band numbers).

MacInnis laments the decline of playing opportunities for band musicians on PEI, in particular the falling off of interest in square dancing. He himself had not performed on fiddle at all for approximately three years prior to his interview; he therefore declined to play during the session.Decline of local square dances
Read transcript