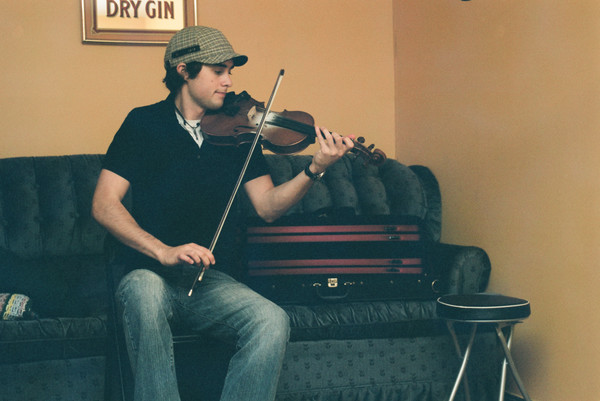 Timothy Chaisson is a scion of the same branch of the Chaisson family that founded the Rollo Bay Fiddle Festival. He is son of piano player Kevin Chaisson, and nephew to fiddlers “Young Peter” Chaisson and Kenny Chaisson. He is cousin to young fiddler JJ Chaisson. He learned the rudiments of fiddling at the Rollo Bay Fiddle Instruction Program, got pointers from adult relatives and cousins, listened to recordings, and absorbed all these various influences. By his teen years he was becoming known as a prodigy, and after High School he was sought after in his home region to teach music lessons, not only on fiddle, but also on guitar, bass and drums. He toured for a while with his cousin and brothers in the band Celtic Tide (later renamed Kindle), and in 2006 was attending university while planning a career as both a fiddler and guitarist/singer-songwriter, perhaps in the mode of JP Cormier of Cape Breton.Family dynamics
Read transcript

Musically, Timothy is an extremely accomplished player with a seemingly effortless bowing attack. His style can best described as the variant of contemporary Cape Breton fiddling that has become the norm among Chaisson-family fiddlers of his generation. He expresses considerable optimism about the future of Island fiddling.Future of fiddling
Read transcript