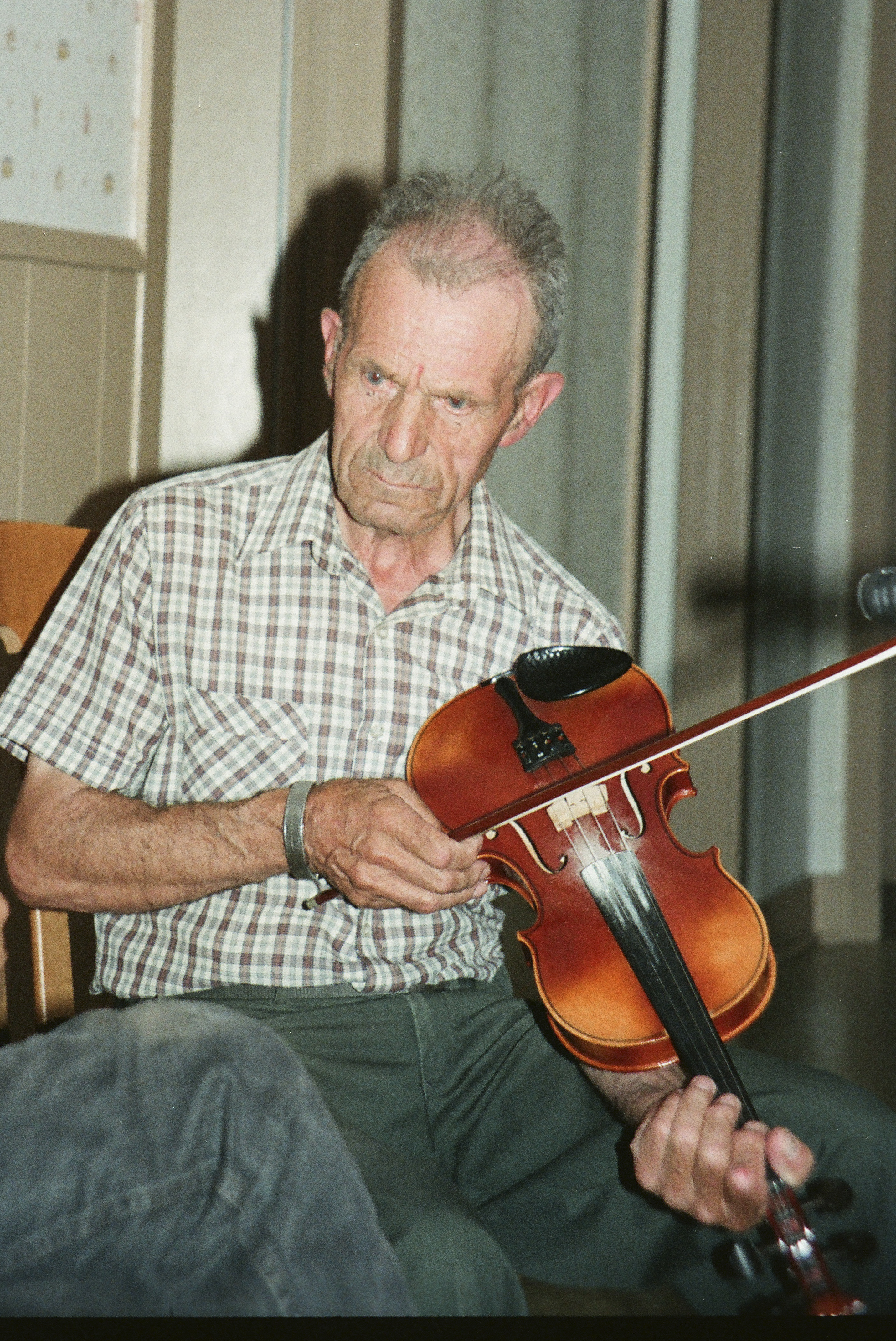 Andrew Jones’ father played fiddle quite well, despite having the use of just two left-hand fingers. At first, Andrew was forbidden access to the family fiddle, and had to “sneak” the instrument in order to play on it.Jones, Andrew - Jones sneaks the fiddle
Read transcript

Jones started playing consistently at age 12 and within a year or two he was playing for dances. Over the next few decades, he played for house parties and weddings throughout much of Prince County. He recalls that on those few occasions where the fiddler was paid, the average wage was about $5-10 per night plus in some cases a bottle of ‘shine (homemade spirits).

For a couple of years in the 1930s, Andrew played regularly on radio station WSHJ, based in St. John, New Brunswick. He has also played occasionally on Summerside radio station CJRW, most recently the West Prince Party Line show. A frequent and enthusiastic competitor at fiddle contests from Charlottetown to Tignish, he was awarded first prize at least a dozen times.

Jones learned his repertoire both from local fiddlers and from radio broadcasts emanating from Cape Breton, New Brunswick, and Québec. He points out that tunes from “away” were often modified by local players in order both to suit step-dancers and fit the highly syncopated bowing attack favored by West Prince players (he illustrates the point by playing old and new versions of the well-known tune St. Anne’s Reel).Jones, Andrew - Changing tunes to suit the dancers
Read transcript