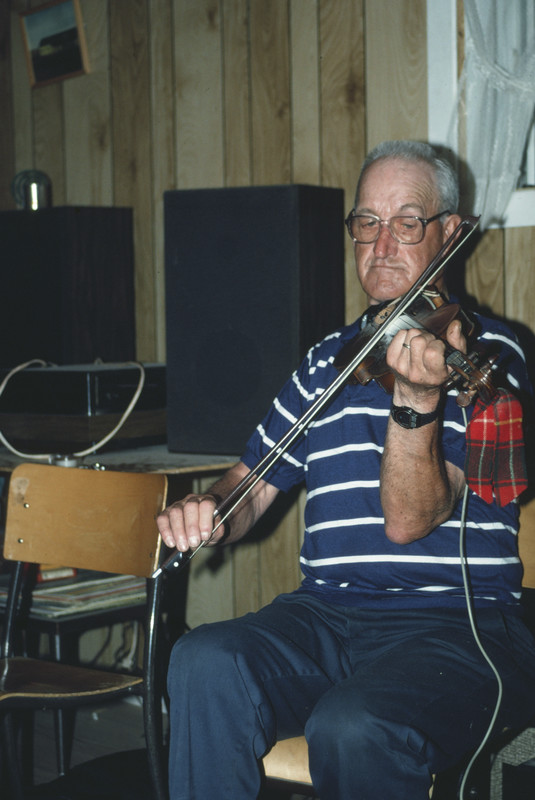 Angus McPhee was a prominent dance fiddler in Eastern Queens and Northern Kings County. His vigorous style and ideosyncratic tune versions were much in favor among local square- and set-dancers. In the early 1990s, he was one of the regular fiddlers at the Circle Club Dance in St. Peters and the Goose River Dance.

McPhee learned the rudiments of fiddling from his Uncle Victor McPhee. Other fiddlers in the family included his father’s sister Mary, and three maternal uncles: Duncan, Jack, and Ronny MacDonald.

When he started playing out, dances were held almost every week in the local homes and schoolhouses. He notes that the average wage at the time for playing from about 8pm to daylight was about $5 per night. He tells us that it was often the custom for fiddlers to provide music without recompense at local benefit events, and that there were powerful pressures in the community that maintained this state of affairs.McPhee, Angus - House parties around Canavoy
Read transcriptPressures from the clergy
Read transcript

For many years, McPhee’s regular accompanist was Cynthia Jay Crane, the daughter of his neighbor, Roland Jay. In his later years, he became a musical mentor to an up and coming young fiddler named Sheila MacKenzie.