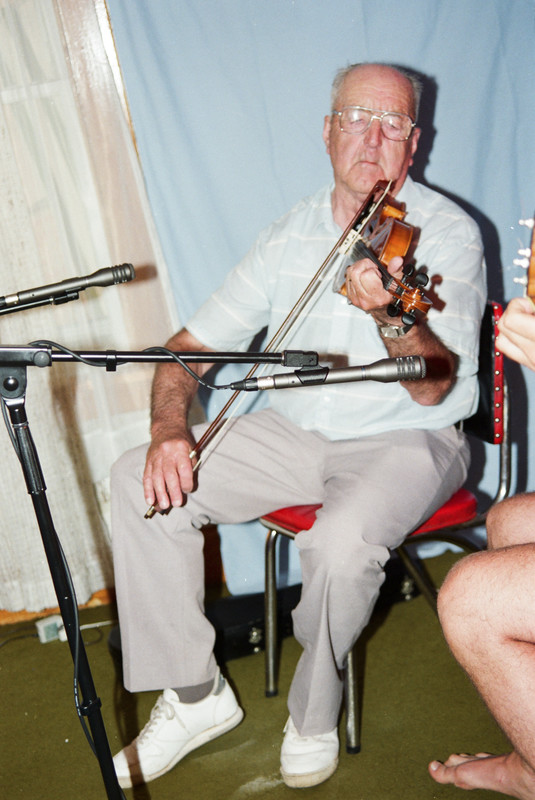 Joe Conway started fiddling at about 15 years old. He learned mostly by watching and listening to such older fiddlers as Pete Simon Chaisson (father of “Old Peter” and Joe Pete), Neil Cheverie, and JD MacAdam. Conway was about the same age as Joe Pete Chaisson, and for a while the two of them learned together. Conway often dropped by the Chaissons’ home in Bear River and picked up quite a bit in terms of technique and repertoire by watching members of the family play.

Before long, Conway was playing frequently at house parties, schoolhouse dances, and pie socials throughout Northeastern Kings County. Once an enthusiastic step-dancer; he tells us that in the old days most square sets featured interludes where participants would mark time by step-dancing in place.