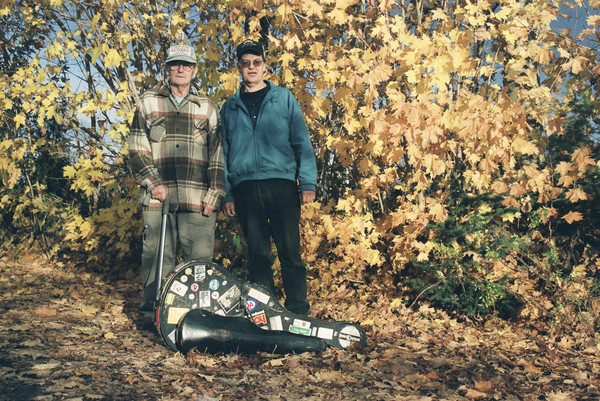 Clarence MacLean is the last surviving member of an important fiddling family in southeast Queens County. His father, Angus Leslie MacLean was one of the best known fiddle players of the region. Clarence had several brothers who played – including Charlie MacLean, Danny MacLean, and Jimmy MacLean – and a sister Elsie, who played well enough to have achieved wide recognition in the southeastern part of the Island, despite the fact that she rarely played in public.

When Clarence was young, the neighbors often used to congregate at the MacLean household in hopes that Angus Leslie or one of his sons could be coaxed into playing. In the summer the neighbors would sometimes dance a square set on the specially built dancing saloon (dance platform) that the MacLeans had set up in their yard.

Clarence had a hard time learning to play because he was never permitted access to the family fiddle, and because neither father nor brothers ever took the time to show him the rudiments. Nevertheless he would sometimes muster his courage and practice on the instrument when his father was out. Because he was always looking over his right shoulder to see if the coast was clear, he developed the lifelong habit of playing with his head cocked to the right and the fiddle braced to the right of the collarbone (generally a right handed fiddler would brace the fiddle to the left of the collarbone).

Clarence also watched and learned tunes from other fiddlers in the area, including Joe Griffin, Johnny Ross, and Jimmy Halliday. Later on he learned most of his tunes from the radio: both from Don Messer and from such prominent Cape Breton fiddlers as Winston Fitzgerald and Buddy MacMaster. He often found that he’d wake up in the morning with tunes running through his head, at which point he’d hope to get them onto a fiddle before they disappeared from consciousness.Tune-learning strategy
Read transcript

Although MacLean was once a very fine dance player, in recent years he has been hampered both by hand injuries and by severe arthritis in both shoulders.

Special thanks to the Fiddle Farm for allowing its premises to be used for this recording session.