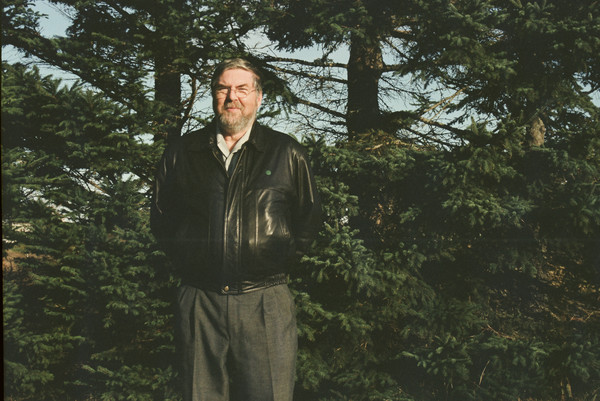 Peter Robinson has been running a strings program at Ellerslie Elementary School since the late 70s; the repertoire that he imparts ranges from nursery rhymes and Christmas carols to fiddle tunes and some classical pieces. For several years, he also ran the PEI Fiddling Championships at Tyne Valley, the last regularly scheduled fiddle contest to be held on the Island (in the late 1970s, the PEI Fiddlers’ Society forbade members from competing against each other in fiddle contests).Ellerslie Strings Program
Read transcriptRobinson, Peter - Tyne Valley Contest
Read transcript

Peter comes from a musical family. His grandfather Nelson Robinson played fiddle, and he is related on his father’s side to noted West Prince fiddler Elmer Robinson. Peter’s father Keith Robinson played guitar on Island radio in the 1940s, and also played in numerous working bands around the Island.Robinson, Peter - Keith Robinson’s career
Read transcript

Peter learned to play fiddle at first by watching his grandfather; he then studied violin with Kathleen McGuigan (an aunt of folklorist Jim Hornby). At age 10, he was recruited through McGuigan to play violin with the fledgling UPEI Orchestra. Later, he majored in strings at UPEI, took bass as a minor, and played bass with the University Orchestra.

In 2006, Peter played fiddle and bass in his spare time with the Lazy Jacks, whose repertoire leaned heavily on material gleaned from the Irish singing group, the Clancy Brothers. He also plays bass in an ensemble with fiddler Jim MacDougall. His bass accompaniment appears in this project on recordings of both MacDougall and Jackie Biggar.

The tune Raining, It's Pouring is Peter’s composition.