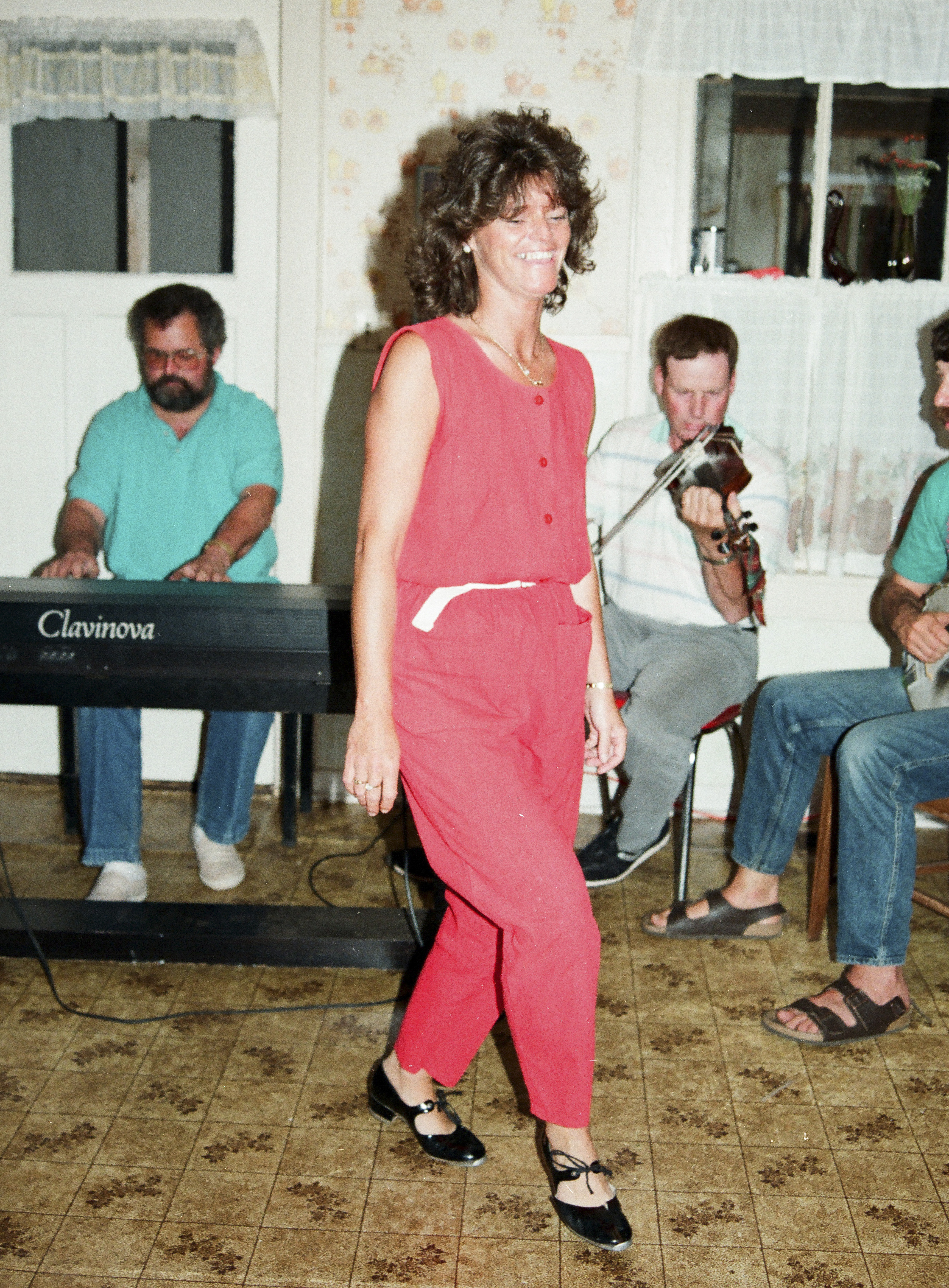 In the early 1990s, Marlene McKinnon Gallant was one of the foremost step-dancers on Prince Edward Island. Her style blended older steps drawn from “traditional” dancers, with newer ones developed and disseminated by the Island’s recent crop of step-dancing schools.

Marlene was the third youngest in a family of ten children: six girls and four boys. The girls all used to take lessons in tap and highland dancing with a teacher named Shirley Burke, and each year they would enter a dance competition sponsored by Burke and two other Charlottetown area dance teachers: Jackie Flanagan and Ruth Ross.

The oldest girls had also picked up a bit of step-dancing, and as Marlene puts it, “ the older ones just taught the younger ones; it just kept goin' down!” Before long their father began taking the girls to compete at step-dancing competitions around the Island, and it was through these competitions that Marlene was first exposed to, and came to love Island fiddle music. The contests also put the sisters in a situation where they could watch and learn: “ If we'd see a step we'd really, really like, you just keep it in your head, and you'd have your feet goin' tryin to get it: and tryin' to keep it in your head. You’d just remember the footwork in your head.”

Marlene took up the fiddle in the mid-1980s and studied for a while with Kathryn Dau-Schmidt. She has practiced regularly with the Queens County Fiddlers for over 20 years.