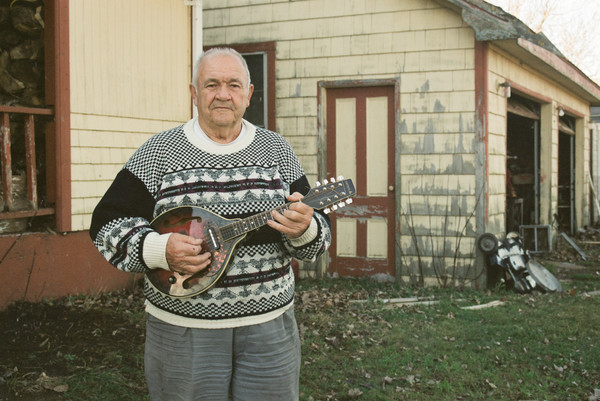 Ralph Hardy grew up in Alberton in western Prince County, an area that was a fiddling hotbed; his home was one of the usual spots in the area where house parties took place. He himself played some guitar and experimented with the fiddle while a youngster, but he didn't get serious about playing music until middle age, when his wife presented him with a mandolin. He soon found that a lot of the tunes he had heard during his youth came back to him, and that he was able to pick them out. Before long he was playing in informal ensembles for dances, notably at the Parkview Senior's Home, with a group of musicians that sometimes included fiddler Joe Albert.House parties around Alberton
More info

Hardy eventually learned to read music, which enabled him to greatly expand his repertoire. For many years, he was part of a group of regulars who performed as an ensemble at ceilidhs held at the Irishtown Community Hall (another member of this group was fiddler and organizer Mary Smith). Although he played some jigs and reels, Ralph seemed most comfortable playing less driving pieces such as waltzes and song melodies.