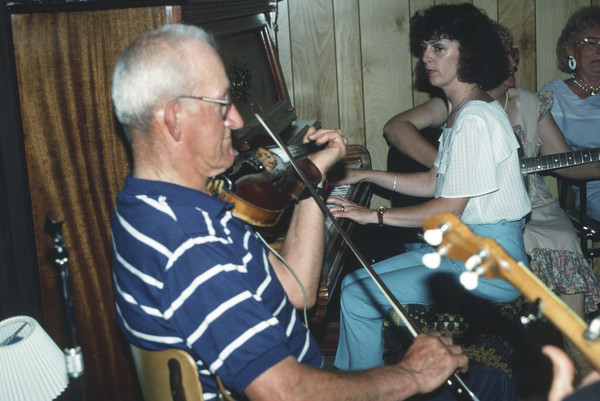 Cynthia Jay Crane has been a prominent accompanist in eastern PEI for many years. She is the daughter of fiddler Roland Jay of Mt. Stewart; her grandfather Lem Jay was the first fiddler to play on Island radio. In the 1980s and 90s, Ms. Crane was the customary accompanist for her neighbor, fiddler Angus McPhee when he played at the Circle Club dance in Mt. Stewart and at other square dancing venues.

The selection available here is from July 1991; it features Ms. Crane playing tunes "right out" along with her father.