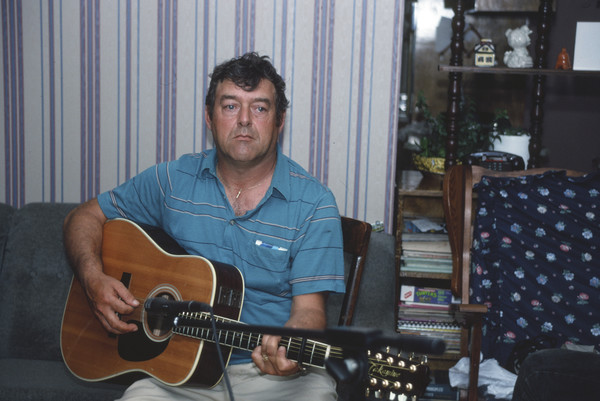 Lemuel  "Lemmy" Chaisson was the youngest son of William "Willie Jerome" Chaisson and Mary Louise  Burke Chaisson, the seventh of eight children.  Willie Jerome was a fantastic singer and talented musician – he was adept at guitar, mandolin and fiddle – and his musical talent flowed down to  his children.  Lemmy started to play the guitar at age 7, and at 12 he also took up the fiddle. He was well known as a singer and guitarist, and over the years became a favorite accompanist for fiddlers in northeastern Kings County. An  extremely versatile musician, he also played drums for many years in the house band at Clifford Peter's Barn Dances in Rollo Bay.

When Lemmy was growing up his parents hosted house parties at their home every Sunday. As Lemmy recalled, “Sunday was about the only day of the week that you could afford to have a chicken in the pot, or something like that, so that was a big day.  The people'd come from miles around.”

Lemmy gave his time to countless benefit concerts throughout his native region and was a very active participant in the fiddle festivals that got underway on PEI in the late 1970s.  He was an integral part of two bands: the Chaisson Orchestra (also featuring Kenny, Kevin, and “Young Peter” Chaisson and Donna Sheehan), and The Chaisson Trio (Kevin, Lemmy and “Young Peter”) . He recorded two CDs, High Time -- a Celtic traditional project on which his four daughters were also featured, and "If We Could Find It In Our Hearts" -- a country music CD whose title cut is a song which he wrote together with his wife Judy Pritchard  Chaisson.

He was honored posthumously by the PEI Music Awards in 2013. The following year at the East Coast Music Awards, the Chaisson Trio was awarded the Dr. Helen Creighton Lifetime Achievement Award.