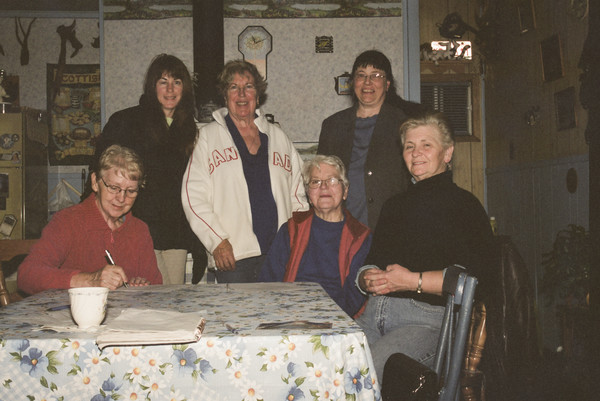 Marie’s father Angus MacIntyre was a fine fiddler who had spent some time in Cape Breton. She was one of the very few girls in the region who was actively encouraged by her parents to play.

I could jig from when I was two or three years old, all these old tunes, from hearin' him playin' them. My father used to take me on his knee when I was too small to hold the violin and he said, ‘Now you bow the tune, and I'll finger it.’ That's how it started.

The MacIntyres were neighbors of Teresa MacPhee Wilson's father, Mal Roddy MacPhee, when the latter’s family lived in Selkirk. When Teresa’s brother George MacPhee started playing, his parents and siblings would often caution him, "You better practice or Marie MacIntyre will beat you."

Marie moved to the Boston area as a young adult and lived there for many years, but she has now returned to the Island. She now plays frequently at local ceilidhs and benefit concerts throughout Central and Southern Kings County.