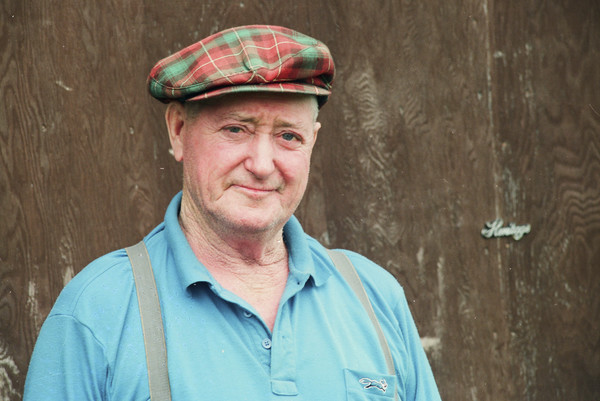 Largus MacInnis grew up in an area virtually overrun by great fiddle players. Some he remembers are Neil Cheverie (who won the Great Contest of 1926), Steve and Dolphie Ellsworth, Billy Lauchy MacDonald, Johnny and George MacIntyre, Stewart MacIntyre, and Joe MacIsaac. He also recalls two local women who played well: Mary-Anne Cheverie and Margaret Ellsworth. These fiddlers and more played at the many house parties and schoolhouse dances that were held throughout the year.

People in the Lakeville area danced two kinds of square sets – the Lancers and Quadrille – and also another dance known as a breakdown (eight-hand reel), which called for quite a bit of step-dancing.MacInnis, Largus - The breakdown, or eight hand reel
Read transcript

When dancing the Quadrille, it was the custom in Lakeville for one of the male dancers in a given set to call out the steps for his fellow dancers. Largus himself often took on that role, and as a result he clearly remembered the sequence of steps for all four figures of the old Lakeville Quadrille.Steps for the Quadrille
Read transcript

MacInnis saw quite a bit of change come to pass during his lifetime. When he was a child, his older relatives and their friends still spoke Gaelic. When he was in his 50s, he saw the coming of mechanized agriculture, electric power, and television. He strongly missed the music and neighborliness of the old days.Older relatives speak Gaelic
Read transcriptMacInnis, Largus - Missing neighborliness
Read transcript