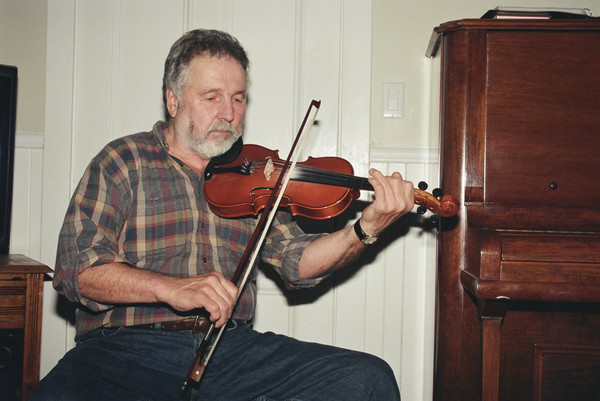 Fred Richard grew up near Tignish in western Prince County, a major hotbed of fiddling; two of the fiddlers he most remembers from his youth are Edmund Chaisson and Joseph Doucette. Square dancing at house parties and community halls was a major communty pastime. He recalls that the style of square dancing that predominated locally had two parts, known respectively as the quadrille and the flux.

Richard took up the instrument at 15, after his father obtained an instrument for him at an auction. He had some logistical difficulties getting underway, but before long had developed sufficiently to play in public. He played for dances at the Legion Hall in Tignish for a full year, and was also asked to provide music at local political meetings.Richard gets started
Read transcriptStep-dancing politicians
Read transcript