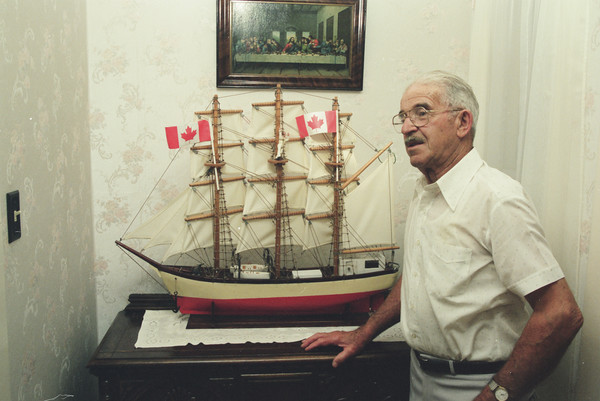 Joseph Doucette grew up in a fiddling family; both his father Joe Doucette and his cousin Howard Doucette played. He also had ample opportunity to hear such other accomplished local fiddlers as Jerry and George Gaudet, Bert and Elmer Provost, and Ben Poirier.

At age 12, Doucette began playing for local house dances, which at that time were often held in association with work parties, or frolics. He played frequently for dances during his youth, but gave up the fiddle entirely when he began to raise a family. He didn’t start playing regularly again until after his retirement.Wood-chopping frolics
Read transcript

Doucette aptly notes, “All them old tunes die with the old people when they go. We didn't question them or find out from them, so we don't know our loss. A lot of these tunes that my father played, see, I never thought to learning them, and nobody else thought to learn them. That's a big mistake!”

Doucette himself has passed on many of his tunes to his youngest son, Victor Doucette. Another son is guitarist Vincent Doucette, who plays accompaniment here and also for both Dennis Pitre and his brother Victor.