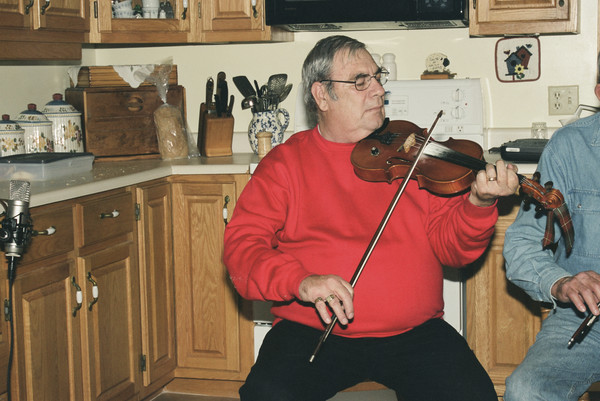 Nicholson's family came to southeastern Queens County with the original settlers organized by Lord Selkirk aboard the a ship called the Polly. All four grandparents are descended from the Polly party: the Nicholsons, MacKenzies, MacEacherns, and Beatons.

Keith joined the Canadian Armed Forces in the late 1950s and served until forced to retire by a heart condition. After his retirement, he settled in Ontario, but returned to southeast Queens County each summer for an extended visit.

Nicholson played some as a youngster, gave up fiddling for a long while, then came back to it later in life. His playing had a decided central-Canadian flavor, and he was also much influenced by Southern US fiddling: in part from listening during his youth to broadcasts emanating from country-music radio station WWVA, Wheeling, West Virginia.

Other voices on the oral history selection are those of accompanists Hancock and Gillis.