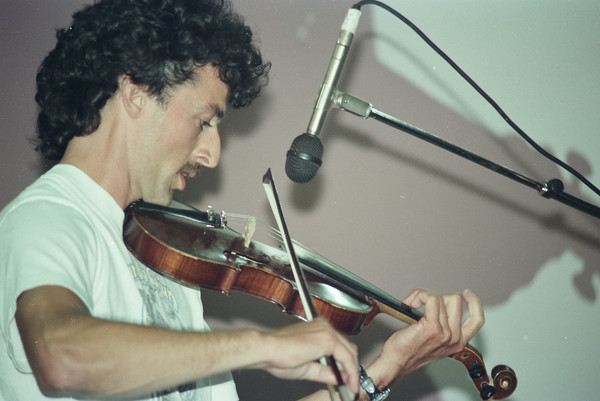 Peter Arsenault is a son of well-known Evangeline Coast player Eddy Arsenault and brother of two members of Barachois: fiddler/comedian Albert Arsenault and piano player/step-dancer Hélène Arsenault Bergeron. Peter didn't take up the fiddle until his late 20s when the inspiration to do so hit him while he was tagging along with his father and sister on a provincial good-will tour. He had the sound of his father's fiddling pretty strongly in his ear, however, he worked hard, and he is now an accomplished player. Nowadays he is one of the very few players who did not actually grow up during the traditional era to have an authentic old Island sound. He has been composing tunes for over a decade, among which are Family Breakdown, Five-Minute Rice Reel, and Mom’s Denial. He also plays an interesting unidentified reel he got from his father Eddy, refered to below as PArsenault Reel 1.Arsenault, Peter - Inspiration to Take Up Fiddle
Read transcript