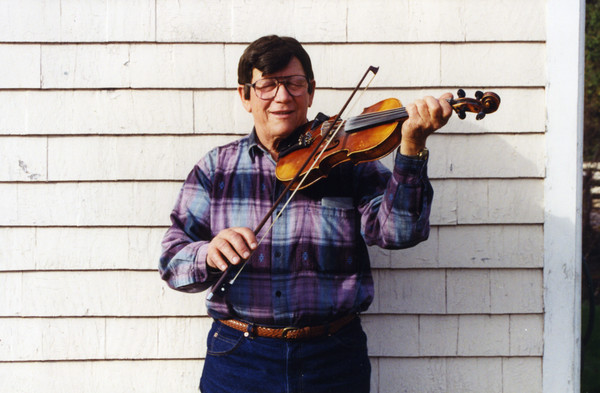 Alton Silliker is the youngest son of fiddler Wilfred Silliker, and brother of accompanist Florence Silliker Young. His playing appears on the Rounder CD, The Prince Edward Island Style of Fiddling: Fiddlers of Western PEI.

According to Ms. Young, as kids she and Alton often used to play music together in the evenings. This connection became so compelling that after a while she “quit piano lessons and just chorded with him.” In the 1950s, Alton, Florence, and a cousin of theirs formed a band and used to play regularly for dances at the Canadian Legion in O’Leary.

As recently as the early 1990s, Alton, Florence, Wilfred and the rest of the Silliker clan still got together annually around Christmas time to play music.