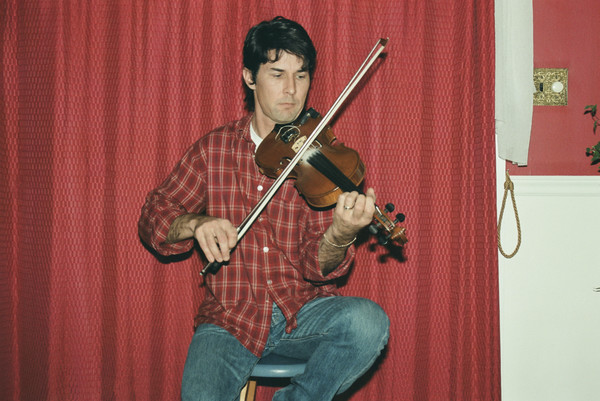 From his age it would be logical to assume that he was an early product of PEI's fiddling revival, but in actual fact his musical development pretty much followed its own course. He began to play at a young age mostly due to his father's influence; his father helped along his progress on both fiddle and guitar, and helped him learn his first tunes. Once he was launched, Billy continued learning new tunes on his own by mining his father’s extensive collection of fiddle LPs.

The general course of Billy’s music career can be summed up as follows. For much of his youth, he served as his father’s accompanist at music parties and dances. When the family moved to Ontario, Billy joined a succession of country-music bands: at first playing lead guitar, but then gradually working fiddle back into the act. He has won prizes at numerous fiddle competitions throughout the Maritimes, and he has released several commercial fiddle recordings, including Fiddle Favorites, Live at the Silverado, Fiddle Fingers, Fiddling From the Heart. Fiddlin' with Tradition, and On the Bow Again. MacInnis, Billy Jr - MacInnis describes his career
Read transcript

In 2006, MacInnis was working primarily as a touring musician on the Canadian national scene; his most recent job involved touring in a band that performed with noted performer Stompin' Tom Connors. He is also a prolific composer of fiddle tunes; Duke Nielson's Jig, Waldo Munro's Shuffle, and Wally's Gold Cup & Saucer are his own compositions.