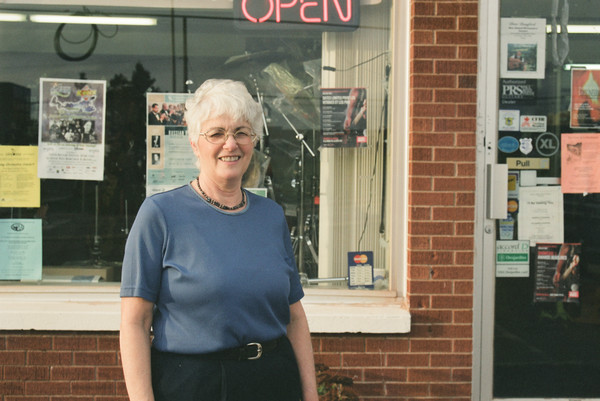 Judy Lowe is proprietor of National Music, one of the major acoustic music stores in Charlottetown; in 2006 one of the fiddle teachers she employed there was Sheila Mackenzie FitzPatrick. Lowe is also a well established accompanist; she played piano with fiddler Elliott Wight’s dance band from the early 1960s until 2005 when Wight decided to stop organizing the dances. She notes that the main reason for the band’s longevity was the exceptional liveliness of Wight’s fiddle playing.Lowe, Judy (pno) - Joins Wight’s dance band
Read transcriptWhy Wight’s weekly dance lasted
Read transcript

Lowe grew up not far from Charlottetown in a well-known musical family. Her grandfather, Robert Weeks -- who was still alive when Lowe was a girl -- won third prize at the Great Fiddle Contest of 1926; he also played quite a bit on Island radio in the 1920s and 30s. Lowe’s grandmother (Weeks’ wife) taught her to chord on the piano.Lowe, Judy (pno) - On Robert Weeks
Read transcript

Below, Lowe offers two examples of playing fiddle tunes “right out” (note for note) on keyboard. Her piano accompaniment can be heard on the fiddling selections featured on the Elliott Wight bio page.