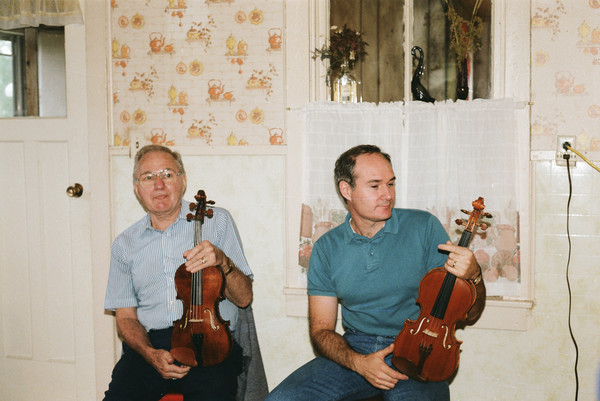 Neil MacCannell took up fiddling, violin repair, and violin making in the mid-1970s at the age of about 55. By the early 1990s, he was one of the most trusted luthiers on PEI, and fiddlers from all over the Island came to his basement workshop in Charlottetown with their instruments to be repaired and bows to be rehaired.

According to MacCannell, most of the instruments and bows he encountered on the Island were of relatively poor quality (many had in fact been massed produced and originally purchased for a few dollars from Eaton’s Catalog). This makes the lively, powerful, singing tone that Island fiddlers bring out of their instruments all the more remarkable.

Both Neil and his son Don (whom he had also brought into his luthier business) were founding members of the Prince Edward Island Fiddlers’ Society.